Repurposing Campaign Creative to Get More for Your Money 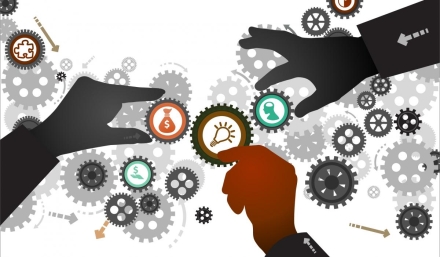 Every year countless people tune in to the Super Bowl, most eagerly awaiting the heated matchup. But for others, they turn on the game with one thing in mind: commercials. We watch and wait to see exactly what our favorite brands have come up with this year. We are surprised to see new companies with some of the best commercials of the year. We are happy when our staple brands air something golden. Just like a commercial, in advertising, a creative asset is what really drives the consumer interaction. But unlike a single Super Bowl commercial, there are so many avenues that creative assets can be funneled through in order to reach their target audience.

In broadcast media, a television spot or a radio spot seem very straightforward. They fit within their medium and that is that, one avenue to push the message. But what if we broke a TV spot down into two pieces: audio and video. You then have a second creative asset, the audio which can often tell the story without the visual, to push through the second medium, radio. We have also found that a third but similar way to use this media, is to overlay the audio with a standard banner, for a partner like Pandora. You are able to capture the audience who may not be looking at their screen or phone.

Another example of repurposing creative, which our Media Supervisor has discussed before in a previous blog post, is using a television spot to move into pre-roll placements in the digital medium. Many times we have a partner who is comfortable running their ads in traditional media, but apprehensive to move their money into digital. By repurposing pre-existing creative, we can show them the value of a digital campaign, using creative that exists within their current arsenal.

White papers are another great example of an asset that can be used in many different ways. When this type of write-up is initially created, many advertisers simply push it as a single eBlast. They will reach their opt-in email list. However, you can also push a white paper on social media or as a company blog post. With a Facebook post, you are able to extend your reach to an audience who may follow you on social media, but never submitted their email for newsletters. On a company blog that asset can live on longer and be available to prospective clients, and you can repurpose it for additional sites like LinkedIn.

Social media is a great way to engage with your audience using pre-existing media. With the self-serve platforms, you can control where your ad is being served, and who is seeing it. This year, here at Swell we have taken billboard creative and used it for Facebook ads, and taken images and text from landing pages to create intriguing pins on Pinterest.

Like any advertising campaign, it is important to choose channels that will not only complement one another, but will reach the target audience. When repurposing the creative, you eliminate the chance for creative exhaustion. How many times have you heard the same song on the radio, or watched the same TV ad run four times during your show? When you repurpose or use existing media to create new ads on different channels, you are not only ensuring your reach, but extending your production budget. You are creating brand recall, when a consumer is served your ad on Facebook, and then hears your radio spot on their commute home.