Print Advertising is Alive and Well

There is a frequently asked question in marketing these days: Is print media dead? The frequently provided answer, however, doesn’t tell the whole story. News of print’s death has been greatly exaggerated. 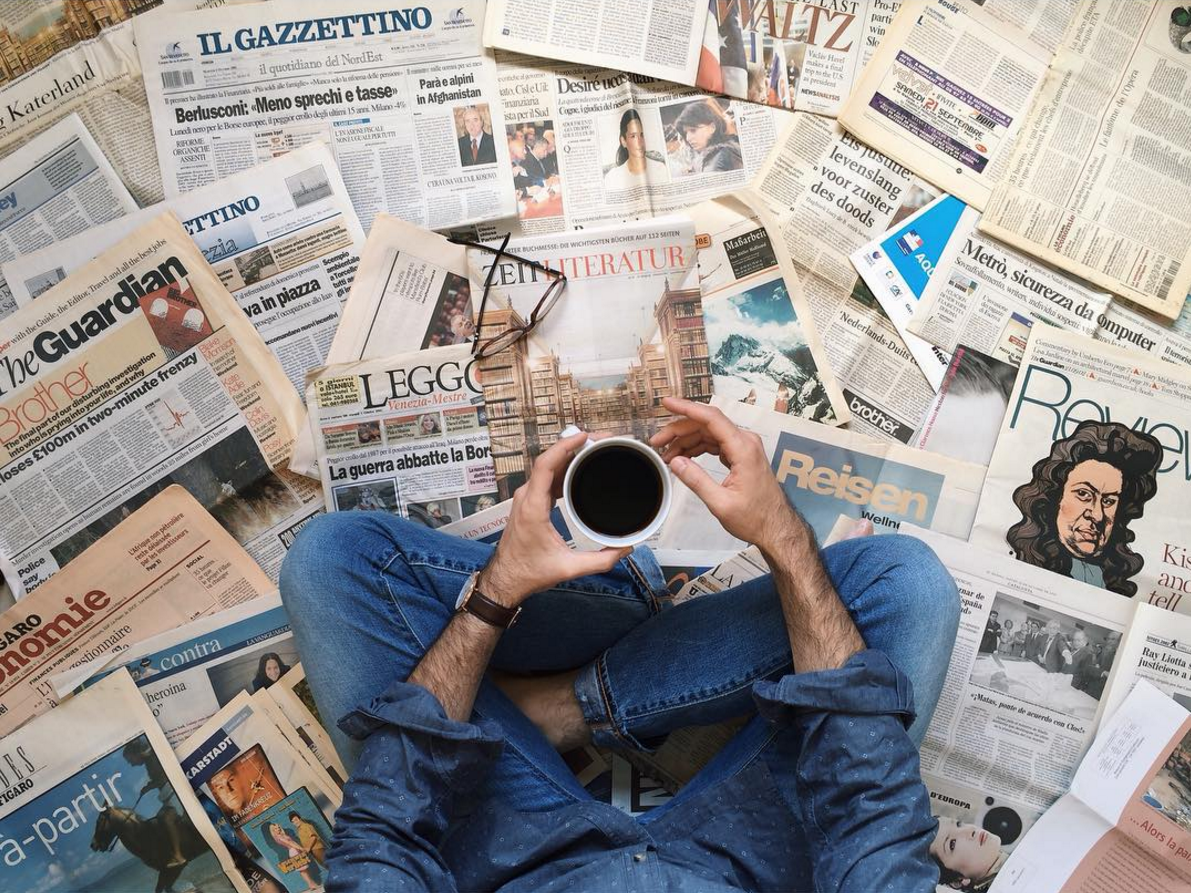 When planning for a well-rounded media campaign, most people think of digital, television, radio, and print, in that order. Here at Swell, our ad campaigns are spread across several channels, and print often plays an important role. Depending on who we are looking to reach, we negotiate buys with everyone from local newspapers like the Union Leader or the Portland Press Herald to national outlets like Forbes or People magazine. While advertising as a whole has moved in a digital direction, the relevancy of print advertising remains strong.

Digital marketing certainly has a higher reach, and the ability to track the effectiveness of a campaign from start to finish is very attractive to advertisers. Any number of blog posts and whitepapers are available decrying the death of print magazine, but if you close your computer screen and listen, it’s just as easy to hear folks talk about their morning paper ritual or their magazine subscriptions, last minute magazine purchases at the airport or that promotion they noticed in their mailbox. So, by changing your campaign and removing an ad from a physical publication, you may be missing out on a loyal audience There is a certain connection made between the reader and the piece of media in their hands. Their engagement level is higher; you are not reaching a passive audience.

There is a legitimacy to print ads that their digital counterparts often lack. When an audience sees an ad in their industry publication, let’s say, there is a certain inherited credibility it gets from the trusted publication itself. In the digital realm, viewers are thrown ads left and right, oftentimes scrolling by them or bouncing directly to the next page. Print ads fight through a less crowded space to be seen and noticed, and when done correctly they match the quality of the print content and get noticed as such.

The most typical insertions marketers use are newspapers and magazines, but there are interactive ads like mailers, and magazine cover wraps. Mailers have long been an efficient channel for event marketing, such as a grand opening or a seminar. Cover wraps catch the attention of magazine subscribers or a target mailing list. The wraps contain a very targeted message for your audience, and are followed up with branded surveys that receive very high response rates.

One of the biggest reasons that we all veer in the digital direction is because data drives results. Data allows marketers to measure success, and then make optimizations on the next round, which bring loftier goals into sight. Certain traditional media mediums fall off agency recommendations because of this. However, new ideas are always surfacing for how to connect print with digital to achieve a cross-medium initiative. 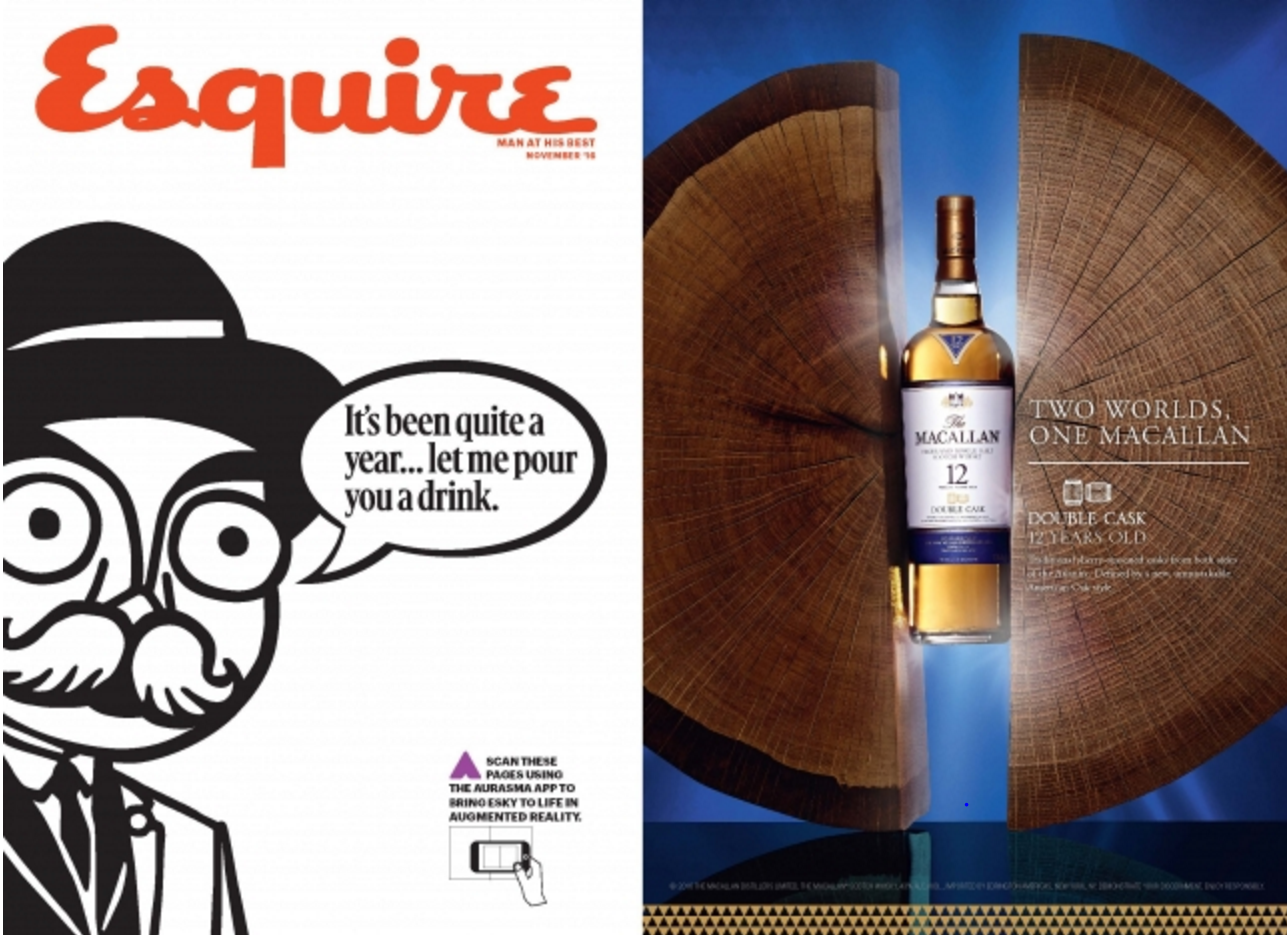 Recently, the ‘Two Worlds, One Macallan’ campaign did just that, and through augmented reality no less. Macallan was looking for a new and innovative way to reach their audience, the sophisticated whisky drinker. They found crossover with Esquire magazine’s subscribers, and so the November issue contains a surprise for the reader: instructions on how to watch a Augmented Reality ad from Macallan via the free Aurasma app. “Bringing the storied Esky [Macallan’s classic mascot] to life through modern technology seemed a natural way to bridge worlds and decades,” said Jack Essig, SVP and publisher of Esquire, hence the name ‘Two Worlds, One Macallan.’ With a campaign that begins in print and ends in digital, Macallan achieved the continued relationship with a loyal print audience while gathering the data and conversion tracking information of a digital campaign.

At the end of the day, print remains a strong component of any advertising campaign, especially a media buying campaign, as a credible and tangible way of creating a connection between your audience and your brand.