When you think of TV advertising, what comes to mind first?

I think of big established brand commercials like Geico’s gecko messaging, the Budweiser Clydesdale and its puppy best friend, and even ads I don’t enjoy, like Flo and her witty know-how about insurance from Progressive.

Why do these resonate? Because these clever brands used humor, emotion, and adorable animals to draw our attention to the screen. They also devote big budgets to get in front of us during high rated shows within prime time.

Think back to this year’s Super Bowl advertising. Keep in mind that a Super Bowl ad costs an advertiser roughly $4.8mm for a :30 spot. Let’s also remember that Super Bowl 50 starred the Panthers, a team that almost when undefeated, and the Broncos, whose Hall of Fame quarterback Peyton Manning was potentially playing his final game. In other words, you wanted to be an advertiser during this game if you could afford it.

Now let’s look at the bizarre ad Mountain Dew put out: the #puppymonkeybaby spot for their KickStart product. When I saw this ad as a 28-year-old woman, I felt confused and a bit disturbed, quite frankly. I was standing next to a 32-year-old man who also conveyed his confusion. I knew I wasn’t who Mountain Dew was looking for and later found out how well the ad resonated with their true ‘age 24 and under’ male target. So while the ad did reach it's intended audience this advertiser spent a significant amount of dollars on airing it during the Super Bowl and a fair percentage was wasted on older demographics. Isn’t there a way to spend dollars more wisely to reach the target audience? 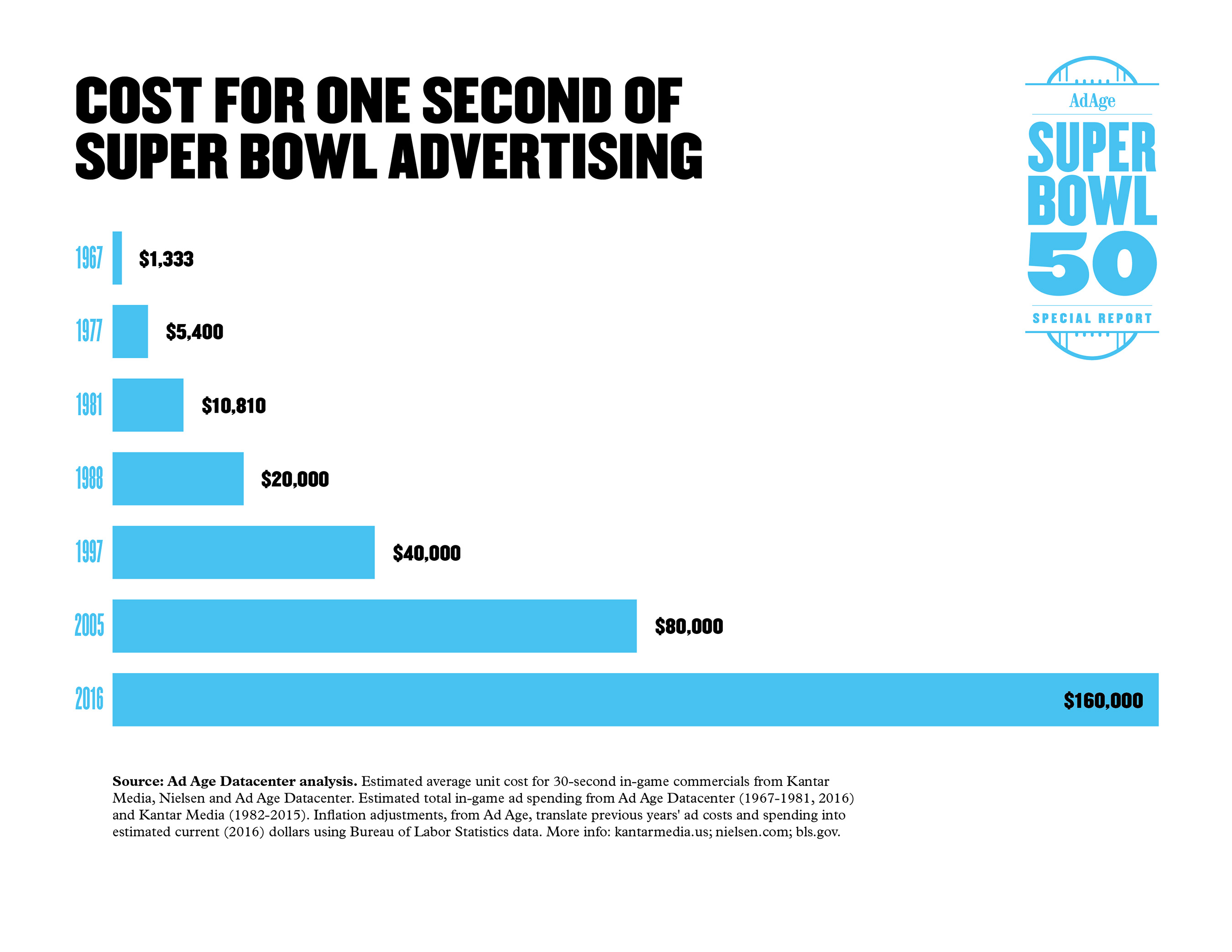 Another more common way of purchasing TV spots, when the Super Bowl and other high-profile events or programs are not happening, is aligning with networks or shows that index well against the target audience at hand and purchasing during ‘prime time’. In the rare occasion we are watching a prime time show in real-time on our TVs, when a commercial break occurs, we are likely running for a bathroom break, switching the laundry over or checking how many people ‘liked’ our recent Facebook picture. Point being: unless you’re too tired to move from the couch for a bathroom break or to pick up your phone, you won’t see the ad. And if you do see that ad, are you really as engaged as the advertiser imagines you to be? Just like during the Super Bowl, advertisers are not getting all the attention they pay for.

What if I told you there was a solution for reaching a more precise target audience with video advertising? What if we could catch current and former TV viewers in addition to a larger, captivated audience consuming video and even track an ROI? It’s true. I’m talking about online video.

Online video has been around for more than a decade, appealing worldwide to people of all ages. Today, we create, upload, search, consume and share videos on a regular basis and the medium has become a common source for news, entertainment, and education. In addition to video advertising playing in a variety of environments across the web, it is also available in multiple formats. One of the most commonly preferred formats is known as pre-roll.

Pre-roll is an online video commercial that a user will be served prior to watching their desired content. Advertisers take advantage of online video for sophisticated targeting options, accountability, and for a better shot of reaching their audience. For example, a Pillsbury ad can be served prior to a cooking tutorial video. These spots can range from 5 seconds to a minute or more, though we primarily see the 15-second commercials perform best.

As media planners and buyers, we often explain the value in repurposing video assets from TV commercials to pre-roll video within the digital landscape. This can serve as a complementary component or even in lieu of a traditional TV media buy. Online users are constantly consuming video, thus making it a great channel to generate brand awareness and drive interest. The value proposition, in addition to leveraging an expensive video asset, is extending reach and efficiencies, including more precise targeting and providing accountability to help enhance the campaign for optimal performance.

There are several online video metrics that can be tracked, monitored and optimized:

While all of these metrics are useful, the key is correlating the data back to what is most important to the advertiser during the campaign. YouTube is a great example of a partner that offers a smart way to buy and serve video so that advertisers are receiving the most for their buck. The product is known as TrueView and is a pre-roll ad offered on a cost-per-completed-view (CPCV) model. A user is served a ‘skippable’ ad and chooses to watch at least :30 of the ad or until completed (if shorter). Additional partners have creative offerings as well, such as the pre-roll ad not launching until a user hovers over the unit or actually initiates the video themselves. Overall, partners are trying to extend the most effective solutions so that advertisers have a moment to engage and influence their desired consumers.

Ultimately, planning and buying integrated programs can be the most effective approach. As busy human beings, we have multiple touch points throughout our day, and as advertisers, we need to be smart and get in front of our audience through the right mediums at the right time.

For example, if an advertiser was interested in reaching a millennial woman that works a standard 9-to-5 job and commutes in and out of a major city every day, they would want to be in-tune with how her typical day may flow. Perhaps their first message is presented to her via pre-roll on a mobile device while she’s passing time on public transportation. The second message may be served to her around 2pm on her desktop while she’s taking a break from work and reading through her Facebook newsfeed. Lastly, she might be tuning in to HGTV or TLC during prime time and sees the commercial for the product or service and finally has the down time at home to jump on her tablet to learn more or take action. Presenting messages to connect in this fashion resonates a whole lot better and at the end of the day, the ROI will reflect that, which is the most important aspect of our efforts.